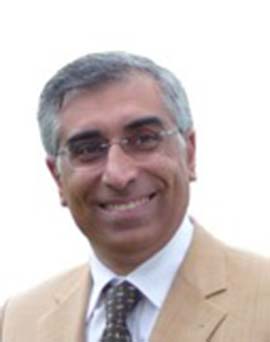 Prof. Joe Cannataci was appointed UN Special Rapporteur on the right to privacy in July 2015.

An Adjunct Professor at the Security Research Institute and the School of Computer and Security Science at Edith Cowan University Australia  a considerable deal of Joe’s time is dedicated to collaborative research. He was overall co-ordinator for the SMARTand RESPECT projects dealing with surveillance and currently also co-ordinates MAPPING dealing with Internet Governance  www.mappingtheinternet.eu.

A UK Chartered Information Technology Professional & Fellow of the British Computer Society, he also continues to act as Expert Consultant to a number of international organisations.

He has written books and articles on data protection law, liability for expert systems, legal aspects of medical informatics, copyright in computer software and co-authored various papers and textbook chapters on self-regulation and the Internet, the EU Constitution and data protection, on-line dispute resolution, data retention and police data. His latest book “The Individual & Privacy” is published by Ashgate (March 2015).

In 2002 he was decorated by the Republic of France and elevated to Officier dans l’ordre des palmes académiques. His pioneering role in the development of technology law and especially privacy law was cited as one of the main reasons for his being made the recipient of such an honour as was his contribution to the development of European information policy He has held or currently holds research grants from the British Academy, the Council of Europe, COST, UNESCO and the European Commission, totaling in excess of Euro 30 million. He serves on the editorial board of six peer-reviewed journals.